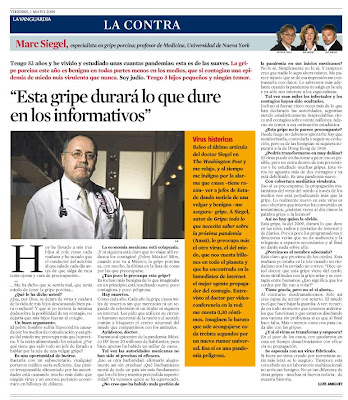 By GARANCE BURKE
and LAURAN NEERGAARD

CUTLER, Calif. -- As migrant workers from Mexico begin their journey
north to take summer jobs in fields and construction sites across the
U.S., public health officials and others are fanning out to intercept them at food lines and churches in hopes of stemming the spread of deadly swine flu.

Industries such as agriculture and meatpacking rely on an influx of
thousands of seasonal workers each year. Officials worry that some of
those laborers may be ill and could infect co-workers and others in
the U.S.

They are sending out mobile health care crews in buses or vans. And
they are urging workers who feel sick to go to the hospital or a free
clinic.

The traveling population of poor farmworkers, day laborers and
construction workers poses a challenge for authorities, who say it can
be difficult for people to wash their hands or go to the hospital if
they lack running water or fear deportation.

The global outbreak apparently began in Mexico, where it is suspected
of causing nearly 170 deaths and sickening about 2,500 people. The
first flu death in the U.S. was confirmed Wednesday: a toddler from
Mexico City who was visiting Texas with his family.

If seasonal labor trends mirror last year's, the number of
agricultural workers in the U.S. will grow to about 700,000 by June
and peak at 828,000 by September, according to U.S. Department of
Agriculture figures. It is unclear how many are from Mexico.

The U.S. is taking extraordinary precautions, including shipping
millions of doses of anti-flu drugs to states in case they're needed
against what the World Health Organization has called an imminent
pandemic, because scientists cannot predict what a brand-new virus
might do. A key concern is whether this spring outbreak will resurge
in the fall.

Remember, CDC's Besser cautioned, not every pandemic is like the
disaster of 1918. "There are some pandemics that look very much like a
bad flu season," he said.

Thursday, nearly 300 schools scattered around the country closed as
the nation's swine flu caseload passed 100, and U.S. authorities
pledged to eventually produce enough vaccine for everyone -- but said
shots couldn't begin until fall at the earliest.

The outbreak penetrated over a dozen states and even touched the White
House, which disclosed that an aide to Energy Secretary Steven Chu
apparently got sick helping arrange President Barack Obama's recent
trip to Mexico but that the aide did not fly on Air Force One and
never posed a risk to the president.

An estimated 12,000 people logged onto a Webcast where the
government's top emergency officials sought to cut confusion by
answering questions straight from the public: Can a factory worker
handling parts from Mexico catch the virus? No. Can pets get it? No.

And is washing hands or using those alcohol-based hand gels best?
Washing well enough is the real issue, answered Dr. Richard Besser,
acting chief of the Centers for Disease Control and Prevention. He
keeps hand gel in his pocket for between-washings but also suggested
that people sing "Happy Birthday" as they wash their hands to make
sure they've washed long enough to get rid of germs.

--
Dorinda Moreno
Elders of 4 Colors 4 Directions
Hitec Aztec Collaborations/FM Global
We Are the Ones We Have Been Waiting For!
<fuerzamundial@gmail.net>
Hora: 9:38 p. m. Publicado por: conny.arias@gmail.com No hay comentarios.: 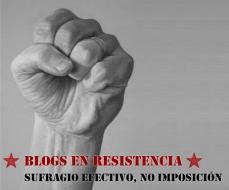